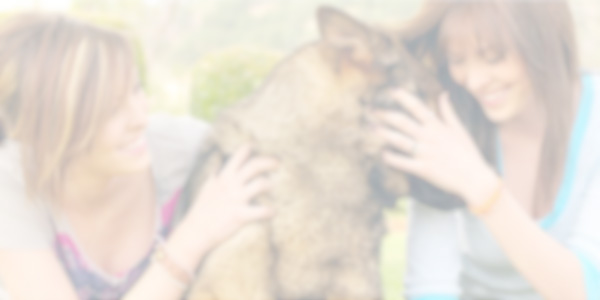 Nails: How Long is Too Long for Your German Shepherd? 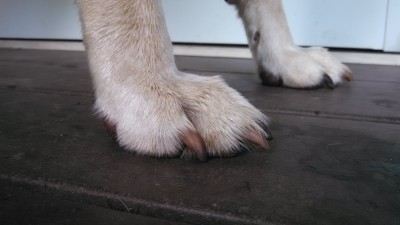 hen it comes to nail care, many owners would rather hear nails scrabbling on the floor than wrestle with their dogs in an attempt to trim their nails. Many people accept long nails as ‘normal’ or simply tolerate them because their dog “hates having its nails trimmed”, but having a short nail is exceptionally important.

The Downside of Long Nails

How long is “too long?” To put it simply, if you can hear your dog’s nails click on the floor when he walks by, then his nails are definitely too long! It does not have to even be a continuous click, although this clicking certainly indicates exceptionally long nails. If your dog walks on a hard surface and you hear several ticks or drags of the nails in a short period of time (barring any sort of injury or disorder like Degenerative Myelopathy), then the nails are in need of a trim.

What does it matter if the dog’s nails are long or short?  As it turns out, it matters greatly! Long nails are not just annoying for anyone who has to sit and listen to the dog scrabble by on the floor, or who gets jumped on, scratched, or pawed by a dog with daggers for nails. Long nails are also detrimental to the dog’s overall health and well-being.  Below are some of the top reasons why long nails are risky:

The Benefits of a Short Nail 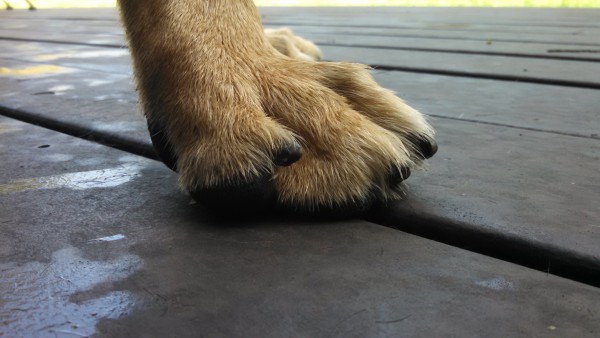 Short nails not only give a neater appearance to the paw, but also allow the dog to stand, walk, and run normally. The shorter nails do not interfere with the appropriate feedback on balance and proprioception when the dog is in motion, or when they are performing various maneuvers involving some degree of agility. The nails are still long enough to use for traction, but not so long that they interfere with the dog’s normal stride. Short nails encourage proper posture, which in turn places less stress or strain on the dog’s muscles, tendons, ligaments, and joints. This is especially important for active dogs, who are constantly in motion or are performing exercises and activities that require them change position in an instant and at speed. Shorter nails also have a lower risk of catching, breaking, splintering, or tearing.

Now before you grab your clippers to trim back your dog’s nails, let’s talk about the anatomy of the canine nail. What we actually call the “nail” is just the hard keratin outer shell that serves as an extension of the epidermis. Underneath this hard shell is the softer dermis, the portion of the nail that is soft, fleshy, and infused with nerve endings and a blood vessel known as “the quick”.  Under the dermis, at the very heart of the nail, is the bony tip of the dog’s distal phalanx, or toe. This bony tip is called the ungual process, and provides the base structure for the nail.

The portion that is clipped during a nail trim is the excess shell of the nail that has grown beyond the dermis. Normally this should not be painful, just like how clipping your own nails should not be painful. But if the nail is trimmed too close to the living tissue underneath, then the dog will feel pain. If the blood vessel within the nail is clipped, then the dog will not only experience pain but will also now bleed from their nail trim. When this happens, we often say the dog has been “quicked”, because the quick has been cut accidentally. Dogs that have been “quicked” during a nail trim grow much less fond of having their nails trimmed, because now the trim is associated with significant pain.

When nails grow longer, the quick is also growing longer. The quick responds to a trim by slowly receding, and if another trim is made before the nail grows much longer, the quick will recede even more. It is in this manner that a nail may be shortened over time to an appropriate length. We cannot just take a long nail and chop it back to the right size, not without causing immense pain to the dog. It must be done gradually, over the course of three or four nail trims.

Next blog, we will further discuss the actual trimming of the canine nail. For further information on the importance of a short nail, please view the video below, which features a short lecture on nails from Dr. Leslie Woodcock, DVM.

Importance of Trimming a Dog’s Nails